A Blessing
by James Wright

Just off the highway to Rochester, Minnesota,
Twilight bounds softly forth on the grass.
And the eyes of those two Indian ponies
Darken with kindness.
They have come gladly out of the willows
To welcome my friend and me.
We step over the barbed wire into the pasture
Where they have been grazing all day, alone.
They ripple tensely, they can hardly contain their happiness
That we have come.
They bow shyly as wet swans. They love each other.
There is no loneliness like theirs.
At home once more,
They begin munching the young tufts of spring in the darkness.
I would like to hold the slenderer one in my arms,
For she has walked over to me
And nuzzled my left hand.
She is black and white,
Her mane falls wild on her forehead,
And the light breeze moves me to caress her long ear
That is delicate as the skin over a girl’s wrist.
Suddenly I realize
That if I stepped out of my body I would break
Into blossom.

James Wright, “A Blessing” from Above the River: The Complete Poems and Selected Prose.

Posted by Sandy Longhorn at 3:27 PM No comments:

First to the happy news. Grist, a new annual journal from the U of Tennessee Knoxville, accepted the poem "For the One Pulled North." My thanks to the editors.

Now, I have to admit that November got the better of me. I can already feel the New Year's Resolutions beginning to form regarding posting to this blog. I am grateful to those of you who still frequent the link, and I hope you'll hang in there.

I've been going through the mood swings that accompany completing a manuscript; however, I wasn't aware this was happening until a good friend pointed it out a few weeks ago. Working with Blood Almanac was a long and drawn out affair, perhaps because there was only a loosely defined core to the book. I wrote whatever poems arrived in whatever space I created for them. Three-quarters of the book was written in the super-charged/condensed air of graduate school. Glacial Elegies is a different animal all together. It took about six months of flopping about after BA came out, but eventually, I discovered that I did have a central idea controlling the most successful poems I was writing. Then, I began to write to that theme more purposefully. In the end, the manuscript feels more whole than the first. And, as most of you know, I've begun sending the manuscript out, but I don't have a good feel for whether this different approach will lead to success.

Over the last month, I've been feeling distant from writing, not even wanting to pick up my pen/journal even when I did have an hour or two to do so. I began to think I might have lost it...whatever that elusive "it" is. Finally, after an email confession on my part, aforementioned good friend pointed out that I was probably just feeling drained from "finishing" this second book. Most likely, that's exactly what is happening. As frequent readers will know, the individual poems are making their way into journals, and that's the first step for the book itself, but it is also reaffirming to me that the poems I make mean something to someone somewhere.

To end on a positive note, there is a certain clarity in the sunlight today, slanting through the remaining leaves, falling crisp across my desk, my papers, my fingers.
Posted by Sandy Longhorn at 3:14 PM No comments: 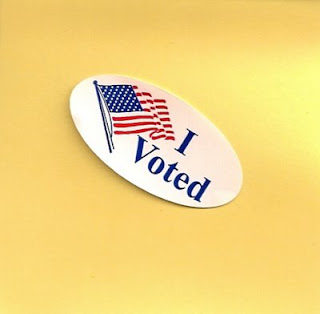 Posted by Sandy Longhorn at 2:32 PM No comments:

My poem "Honor Thy" is up on Linebreak.org. One of the coolest things about this online journal is that the editors solicit others to read the poems. So, go the the site and hear Maureen Alsop read my poem. It's so interesting to hear another person's interpretation of the words on the page. If you like what you read/hear, submit your work or volunteer to read!
Posted by Sandy Longhorn at 10:42 AM 2 comments: