So, Yeah, I Wrote a New Draft Today

81º ~ headed up to near 100º today, been swampy for the past four days, hummingbirds zoom the feeders


As many of you know, I believe in the BIC method of writing, where BIC = Butt In Chair. Today marks the beginning of week two for the teaching semester, and my schedule this time around allows me to be at the desk from 7 a.m. - 9 a.m. Monday, Wednesday, and Friday.

Last week, I spent my three BIC sessions mostly reading, and I'll post about some of that reading soon. On Friday, I also dabbled in the journal, just playing with word gathering (making lists of nouns, verbs, and adjectives from whatever I was reading at the time), and then making some attempt at a few lines.

Today, I re-read the drafts I created in June and got a few inklings of where I might begin. One of the drafts from June is a simple "I am" poem based on whatever was going through my head on that day. Today, I started there again.

Am mirror to the wilted sky.
Am steam risen after rain
hovering groundward.

I got about a dozen solid lines out of the exercise. And the lines feel like a whole draft rather than a series of jagged fragments that go nowhere specific. While this might not become a fully fledged poem, I have begun, again, to focus on language and the line. I know that by following the BIC rule, I'll eventually figure out what it is I have to say.

What I'm really dying to know is this. What will be my next obsession? Do I need an obsession? Can I just write a bunch of unrelated poems? Has the sickly speaker ruined me by making me dependent on a narrative at work in multiple poems? Should I return to the angry sisters or have I gotten all I can get out of them? Should I write straight-up confessional poems? Should I stick with persona? Do I have the ability to write poems about ideas rather than people and things? Do I have the ability to get pointedly political?

In other creative news, I've opened a Square Marketplace to sell both my books and my collages online. You'll see the bright green "Order Online" button to the right. If you click on it, you will find a way to buy my books online, and you'll also find my collages there (yeep!). 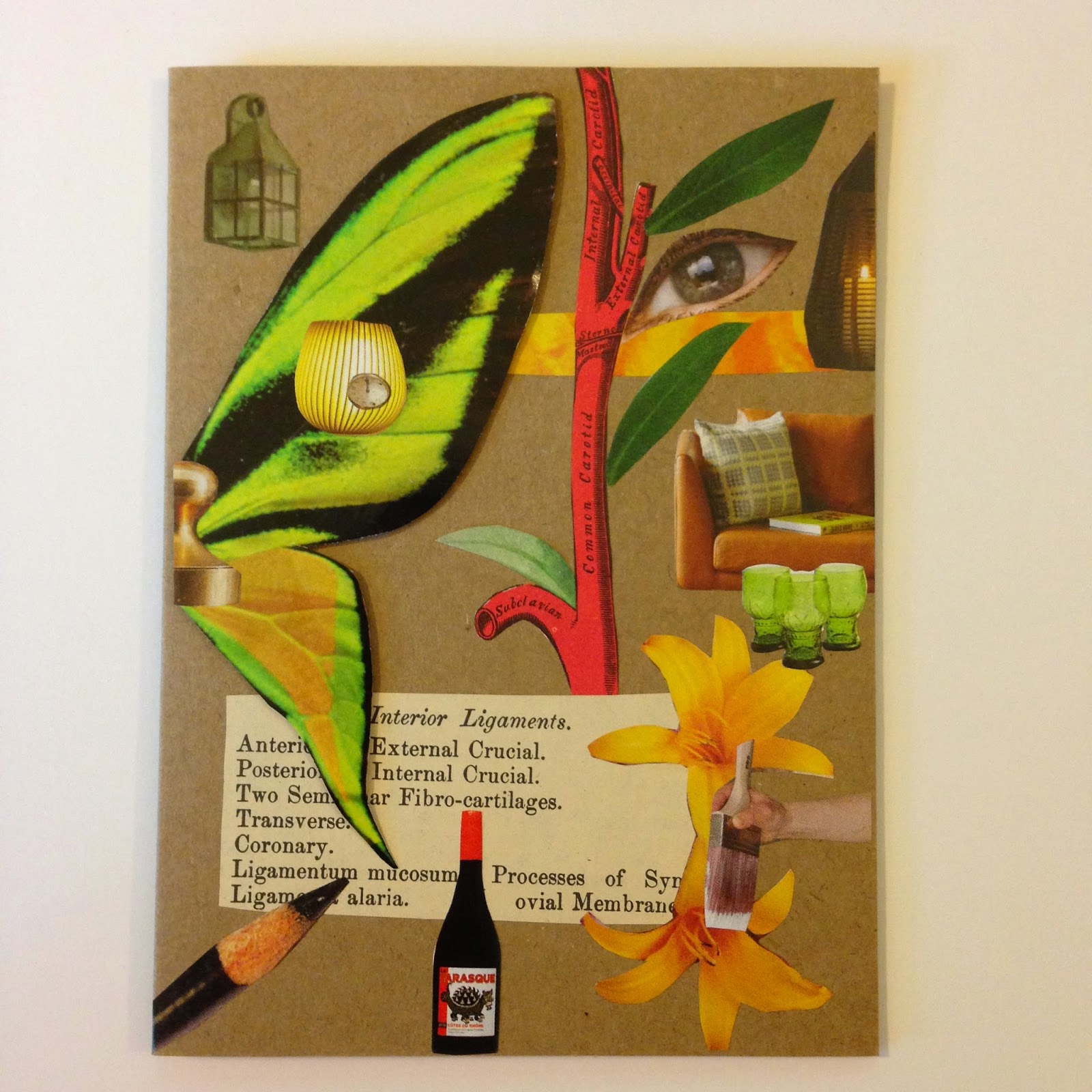 Posted by Sandy Longhorn at 8:22 AM

Your BIC methodology has been very much in my mind this last week, as I have re-approached my writing desk in earnest (we have opposite schedules!). The creative juices have been sluggish, but I keep telling myself: time with butt-in-chair is the only way. Thank you for continued inspiration!

Hi, Molly,
THANKS for being out there in the trenches (er. chair) with me.
:)

Congrats on both the new draft and the new site. I love your BIC method.

Thanks for the support, Kathleen!